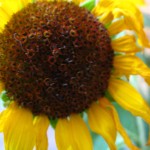 We carefully built our house without disturbing surrounding vegetation. Like that one Juniper tree just a few feet to the south of the building site. I had carefully calculated the distance from the tree to the bottom of our greenhouse windows, giving the tree a little room to grow. I knew that the shadow of the tree at winter solstice would not shade the greenhouse. We took advantage of the afternoon shade that this tree provided by planting our perennial sunchoke bed on the East side.

Everything seemed to be going so well.
Our greywater processing food growing bed in the atttached greenhouse was also a resounding success. Over the years we have planted and harvested many phases of growth. Amazing things have happened here, that I have seen nowhere else.
A pumice wick distributes the greywater underground and the perennial plants in the bed have established their root systems deeply to take advantage ot this reservoir of moisture. Worms have moved in to the pumice wick, dosing the bed with nutritious worm casting juice every time we took a shower.
It was all going so, so well. 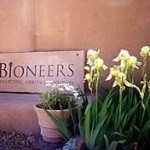 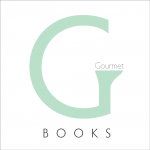 Until… we discovered that masses of red fibrous mats had begun to engulf the pumice wick, crowding out the roots of our precious food plants. I had deliberately left openings into the ground so that our plants could access the earth’s minerals with their deep roots. Could it be that the juniper roots had found their way under the foundation of the greenhouse and into the greywater bed?

The plants in the bed had been requiring more regular top watering. This could be the explanation.
I discovered this situation a few months ago. While I knew that clearly something must be done, I was daunted by the idea of transplanting everything into temporary containers, dismantling the pumice wick, finding a way to seal the opening in the pond liner, creating a new drain, and putting it all back together again.
I looked at old photos to corroborate my guess of what had gone wrong. The tree had grown some in the past four years, but not massively. Looking into the growth habits of Junipers, I discovered this from the Santa Fe Botanical Garden website: While the juniper is slow-growing above ground, it is rapidly growing downward. A three-year-old plant (less than two-feet tall) can have a tap root 30 feet long. Mature plants range from 5 to 30 feet and can produce tap roots almost 200 feet long. The only other plant in the world with longer roots is the African tree, Boscia albitrunca. 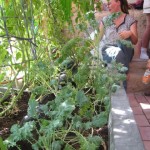 I learned to never underestimate the powers of Juniper tree roots. Still, something had to be done.

A week ago, the most obvious solution hit me like George Washington might if I were a Cherry tree. Perhaps the idea came from this season’s tradition of chopping down evergreen trees. A production that would have taken over my life for at least a week or more, became an hour with Andy and the chainsaw.

Rather than creating a wreath or hauling the branches indoors to decorate for christmas, we decked the water harvesting swales with boughs of Juniper and rang in the holidays with less shade, more mulch, and hopes that worms like dead juniper roots.
Yet another learning experience in the exploration of beneficial relationships and repurposing.
Happy Holidays!
Written by Amanda Bramble